Contrary to popular opinion, I love Donald Trump. He is the president Americans deserve. He is the realest American to ever lead America. He is also MAGA - Making Asia Great Again. Let’s briefly go through his wins.

China slaves away while choking on pollution for pennies on the dollar while Western corporations reap the lion’s share of the profits while enjoying a cleaner environment. Western corporations enjoy huge profit margins selling high value branded goods and services. The services balance is wildly in America’s favor. Yet, they omit this fact. Western corporations enjoy a dominant position in many market segments. The trade war will raise anti-Western sentiment and allow native Chinese brands to flourish instead. This will happen as China’s market continues to rapidly grow effectively locking Western companies out of the lucrative Chinese market.

There are some products/services that China needs to import from America for now [cpu, software], but substitutes are either available or will be available soon. They may not be at the bleeding edge, but it’s not necessary.

Meanwhile, Americans need affordable Chinese products to survive. There are no substitutes at the same price, scale, reliability, and speed as China. No other country posses the same level of educated intelligent work force, industry experience, energy and logistics infrastructure, and supply chain. His tariff’s are a tax on the American consumer who already have extremely low savings, high unemployment rate [see shadowstats.com], are one medical disaster away from bankruptcy, and are competing against ever more competitors abroad [who can work for less], etc. There’s a reason Walmart grew to dominate the retail landscape over the past several decades - American consumers rely on cheap goods to survive. American consumers buy at Walmart because they get the most value per dollar spent. That is the same reason nations buy from China. No other country provides better value. Any attempt to buy elsewhere will result in higher prices, lower quality, slower delivery, etc.

The American market represents a shrinking percentage of China’s total export market [4% currently], which is also shrinking as China’s domestic economy grows. Exports represent only 20% of China’s GDP. Only 20% of those exports go to America. Over half of those “exports” are from Western businesses manufacturing in China. The OBOR project and economic ties with Africa and South America are growing rapidly. China can maintain its economic health while diverting exports away from America and to other markets.

Trump is the gift that keeps on giving.

It’s for these and other reasons that I encourage you all to sing praises to this ass clown whenever you can. Never interrupt your enemy when they are making a mistake. Pour fuel on the fire. I hope he gets re-elected.The longer he stays in the oval office, the faster the American empire dies while giving us comedy gold.

This film is getting really good reviews for its slick writing and excellent acting. It’s a great story that just happens to feature a full Asian family - exactly the type of healthy representation that we’ve been seeking. Congratulations to fellow Asian director/writer, Aneesh Chaganty, and writer, Sev Ohanian for making this film possible. This is the second type of pan-Asian collaboration that has produced good results. The first was the Harold and Kumar franchise.

After his 16-year-old daughter goes missing, a desperate father breaks into her laptop to look for clues to find her. 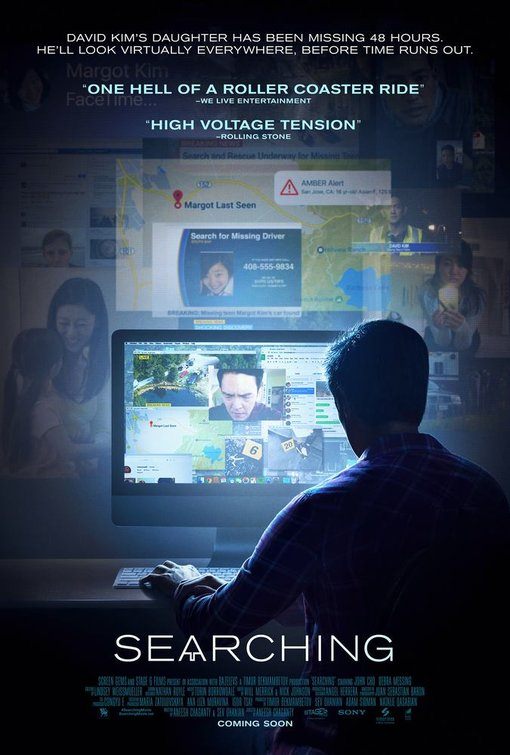 More will be added over the next few days.

Web app should be added within a week. Exposes and black pill science [though I should rename it to redpill…] will be added later. I’ve been working on another really big project so I’m spread thin.

In one personality, they publicly fought against racism and social injustice. Examples of such injustice include red lining, imperialism, Islamophobia, discrimination, racist stereotypes, police brutality, hate crimes, glass ceilings, etc. The bulk of these crimes are the creation of white men.

When called out for their dishonesty and hypocrisy, these Asian women resorted to more lies such as…

For a long time, with the enormous help of a white male controlled media, they fooled the world into accepting those lies. Not anymore.

Note: It turns out this author only goes half way. She blames racist white males, but ignores Asian women’s complicity. I’ll let these two wisemen sum it up. They do a much better job.

she fails to ask the most important question of all: why are Asian women choosing to partner with racists? Why are they choosing complicity in white nationalism and anti-blackness? Lim deals with this awkward fact by ignoring it…

The uncomfortable truth here is that white nationalists pursue and attain Asian female partners simply because they know they can, and that there are some Asian women who are very willing to partner white racists. There’s no mystery about it.

At first, I didn’t click it because I thought I would be disappointed. Then finally, I clicked it…and was disappointed.